Nemanja Matic says he will not wear a poppy on his Manchester United shirt because it reminds him of when his village was bombed when he was 12.

The bombing, in 1999, was part of a Nato-led offensive to drive out Serbian forces from Kosovo.

Matic was the only United player not wearing a poppy during their 2-1 victory over Bournemouth on Saturday.

The Serb, 30, released a statement on Instagram in which he said he respected the right of people to wear poppies.

In his statement, Matic said: 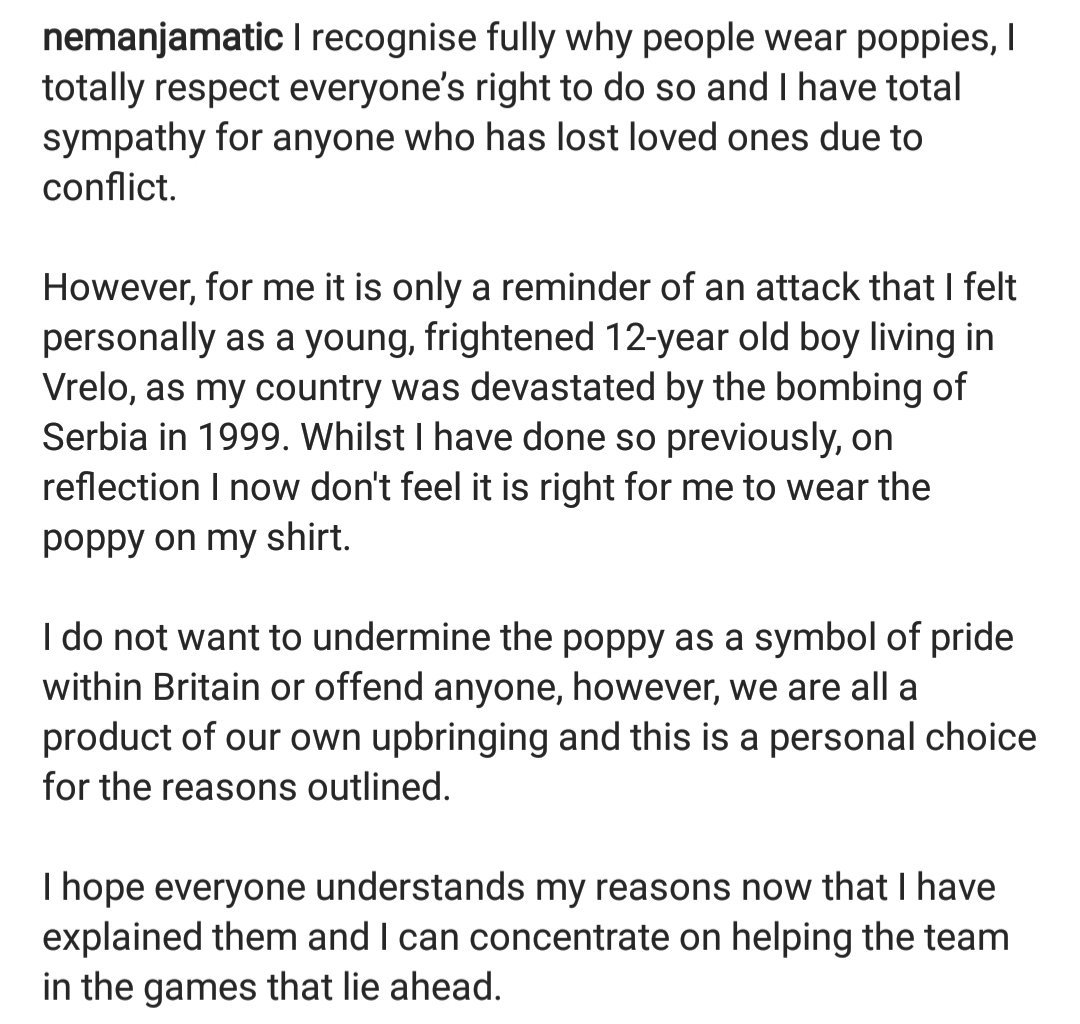 But he said he would again not wear one for this weekend’s Manchester derby, which will take place on Remembrance Sunday.

Facebook Inc.’s Instagram is estimated to be worth more than $100 billion, if it were a stand-alone company, marking a 100-fold return for the app was purchased in 2012, according to data compiled by Bloomberg Intelligence. The photo-sharing platform, which reached 1 billion monthly active users earlier this month, will {Read More..}

After all the controversy Facebook Inc. has generated in recent months, it seemed almost inevitable that at some point, the social media giant would get what it had coming. A reckoning. Wednesday’s disappointing earnings report and Thursday’s historic 19 percent stock drop appeared to be a fitting conclusion to an {Read More..}

Photo-sharing app Instagram has launched a long-form video feature that will allow users to play long videos in vertical format inside the existing Instagram as well as in the standalone app. Called IGTV, the platform is expected to roll out to both Android and iOS users over the next few {Read More..}