Eden Hazard to Real Madrid: Chelsea ‘line up’ Christian Pulisic as a replacement

The Blues are looking to revitalise their wings with transfer speculation surrounding Hazard and Willian. The Belgian superstar has been linked with a move to Real Madrid. Whilst Jose Mourinho wants a reunion with Willian, who he worked with during his second spell at Chelsea.

And it has led to the Stamford Bridge outfit looking at replacements, with Dortmund star Pulisic topping the list. 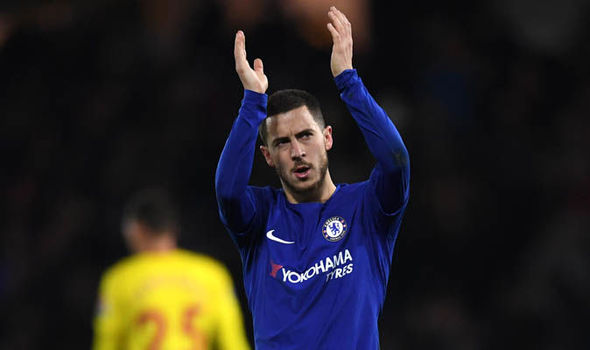 The American has a vastly growing reputation in the game and has the potential to become world-class.

The 27-year-old has been one of the top performers in the Premier League since his move in 2012.

He has helped the Blues win two Premier Leagues, the FA Cup, a League Cup and the Europa League.

But he recently hinted that he wants a move to the Bernabeu this summer.

Manchester United are ready to turn their attention to £35m Napoli star Dries Mertens after struggling to sign first choice target Ivan Perisic. Jose Mourinho has admitted his disappointment at United’s lack of business in the transfer market as the Red Devils have only signed third-choice goalkeeper Lee Grant, young {Read More..}

Santi Cazorla scored twice as Real Madrid failed to take full advantage of their game in hand on LaLiga leaders Barcelona in a frustrating 2-2 draw at relegation-threatened Villarreal. Los Blancos, back in action for the first time since winning the Club World Cup, appeared to be headed for three {Read More..}

Manchester United did not show the right attitude in their surprise Premier League defeat at Brighton, says captain Paul Pogba Hardcore fans of Lazio football club in Italy have circulated a letter saying women should be banned from part of the Curva Nord of Rome’s Olympic Stadium. Wilfred Ndidi has {Read More..}